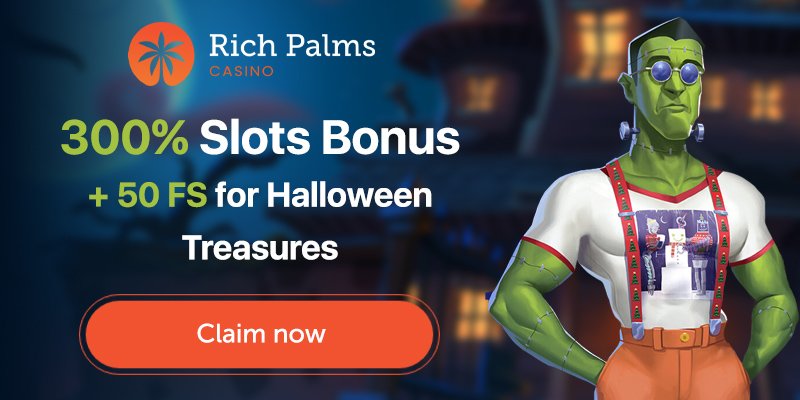 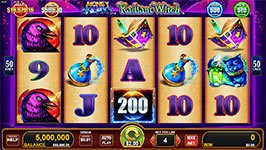 Conjure riches and be charmed by out of this world gaming in the magical Radiant Witch Money Galaxy slot from Konami. Set on a 5×3 grid with 50-lines, join the gorgeous witch as she casts a spell on the reels with each spell. Her cauldron acts as the game’s wild symbol in normal mode and can appear on reels 2, 3 and 4 in normal mode. Watch for the mega-rewarding Money Galaxy feature which, aside from the progressive jackpot feature, is where massive wins can be won. Pick your potion and get ready to spin for wins, in Radiant Witch Money Galaxy!

Wild Symbol – The Green witches cauldron is the wild symbol and appears only on reels 2, 3 and 4. It can substitute for all of the regular symbols in the game during normal mode.  It does not appear in the Money Galaxy feature.

Money Galaxy Feature – Throughout game play, full-reel trigger symbols appear on reel 5, and prize symbols appear across reels 1, 2, 3, and 4. If any 3 or more prize symbols land with any part of the trigger symbol on reel 5, the Money Galaxy feature is awarded. Three free spins are awarded at the start of the feature. All prize symbols are held and the remaining positions spin independently to reveal a prize or a blank. Each time a prize lands, the number of available spins resets to 3. The feature continues until all positions are filled or the spins run out. If all locked reel positions are filled in the first round, the player advances to the second round with 2x all credit awards. If all reel positions are filled in the second round, the player advances to a final round with 3x credit awards and a chance at the Mega and Maxi progressives. Wins tally at the end of each round.

Free Game Feature – Land 3, 4 or 5 pink orb scatters to win 8, 15 or 20 free games respectively.  The Money Galaxy feature can be triggered during the free games for additional chances for big wins.