He’s the original vampire, the stuff of nightmares – now he’s been made into a thrilling video slot by NetEnt in cooperation with Universal Pictures! This 5-reel, 4-row, 40-line video slot has a brand-new bat feature, Free Spins, stacked symbols, Stacked Wilds, and regular Wild symbols. Dracula broods menacingly by the reels and transforms into a cluster of bats when the Bat feature is activated. In this exciting feature a random number of bats fly in and land on the reels. When the reels stop, the bats turn into a random symbol! NetEnt have brought the dark mystery of Dracula to life. Enter into the vampire’s lair – a dark masterpiece of vampiric visual effects and sounds. The Count is expecting you!

Dracula Slot Wild Symbols – The wild symbols will work in two different ways when you play this slot game online, for during the base game the wild symbols can be spun in on any of the three middle reels and being wild they will of course stand in for all other reel symbols with the aim of helping you form multiple winning combinations.

During the free spins bonus round however, the wild symbols are still in play, but they are stacked on the centre reel and that means they can spun in and cover every reel position on the centre reel, which should hopefully assist in you forming multiple winning combinations when they do just that! 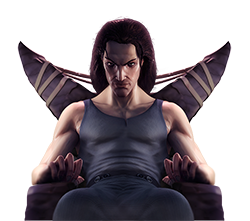 Unique Bat Feature – The Dracula slot games comes with something known as a Bat Feature, when you are playing off any one single base game spin this feature can be awarded just once per spin, however during the free spins bonus round mentioned above it will be awarded on every single free spin you play off.

The Bat Feature will see a cluster of Bats flying across the screen as the reels as spinning, and they will then randomly attach themselves to several of the reel positions. Whichever reel positions the Bats land upon will be turned into wild reel positions once all five of the reels have come to a complete stop.

Thanks to the random nature in regards to the way this bonus feature is awarded during the base game and also on every single free spin awarded to you, depending on just which reel positions those Bats land, you could pick up some very sizeable winning payouts. 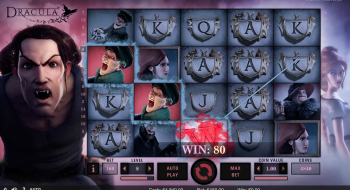 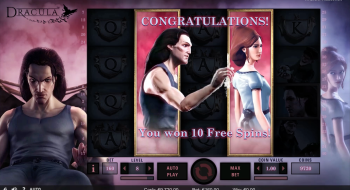