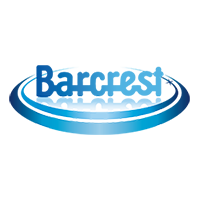 Recently celebrating over 50 years in the gambling industry, slot machine maker Barcrest is a true veteran of creating entertainment.  The company was formed in England in 1968 and for decades created games that included slots and skill games. It wasn’t until IGT acquired ownership of Barcrest in 1998 that the most famous Barcrest games started making their way online. From there in 2011, IGT agree to sell the Barcrest outfit to multi-national gaming corporation Scientific Games. Still, all of the old favourite games remain relatively unchanged and Barcrest slots still hold mass appeal to a loyal following.

Barcrest Gaming are an award-winning company with numerous accolades to boast about.  2015 saw the supplier win Land-Based Industry Supplier of the Year from the Global Gaming Awards. That same year they also won first place for the Best Slot Product for Pro Wave 360. The player favourite Space Invaders won “Best Slot Product” in 2017, amongst other awards. All of this is to say, with Barcrest you’re assure to be getting truly world class entertainment value. Now you can play a huge assortment of their fantastic slots like Rainbow Riches, Jewel in the Crown, and Hercules High & Mighty for free online at Slotorama!

Pearl of the Caribbean

Jewel in the Crown

Himalayas Roof of the World

The Legend of Bigfoot

Legend of the Pharaohs

Monopoly Bring the House Down

King of the Aztecs